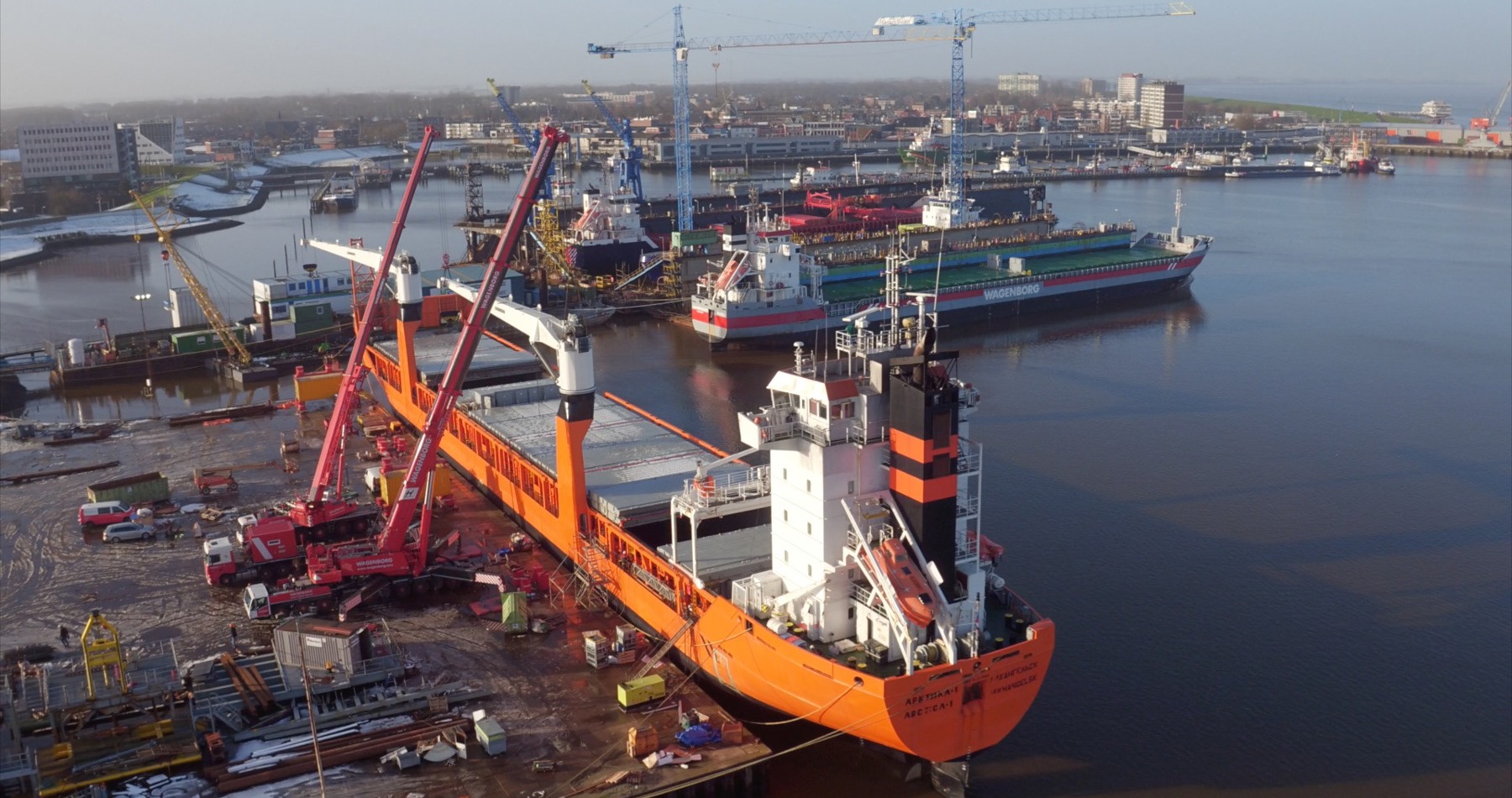 The increasing activity in Russian Arctic waters has been noted by Royal Niestern Sander. The yard was approached to carry out a complicated conversion of two dry cargo vessels. The ‘Arctica 1’ and ‘Arctica 2’ were to be converted for use in extreme winter temperatures and conditions. Thanks to the shipyard’s extensive knowledge in the area of ice-strengthened ships – as was previously apparent from the series construction of ice-strengthened dry cargo ships and the specialist icebreakers ‘Sanaborg’ and ‘Serkeborg’ – Niestern Sander was successful in winning this particular conversion project.

Engineering as a start

The conversion of the ‘Arctica I’ and ‘Arctica II’ has been split into three phases. To make the ships suitable for Russian waters, Niestern Sander began with a design and engineering process. This process included creating a special Arctic bow in association with Conoship International, which had to replace the existing bulb section. Also two special 60 ton deck cranes had to be engineered in terms of mechanics and hydraulics.

During the second phase of the project, the engineering process was implemented. In other words, the existing bow section was replaced by the new engineered arctic bow. For this, the vessel Arctica I was set dry in the dock facility in the port of Delfzijl. Consequently, a slide system was made ready to remove the existing bow and install a frame to keep the top section of the bow in position. Meanwhile, the newbuilding department was constructing the new arctic bow using steel delivered only six weeks after the contract was signed. Eventually, the bow was exchanged with the assistance of a skidding system, after which a floating crane lifted the new ice bow on to the slide system to be skidded on to the ship in reverse order. 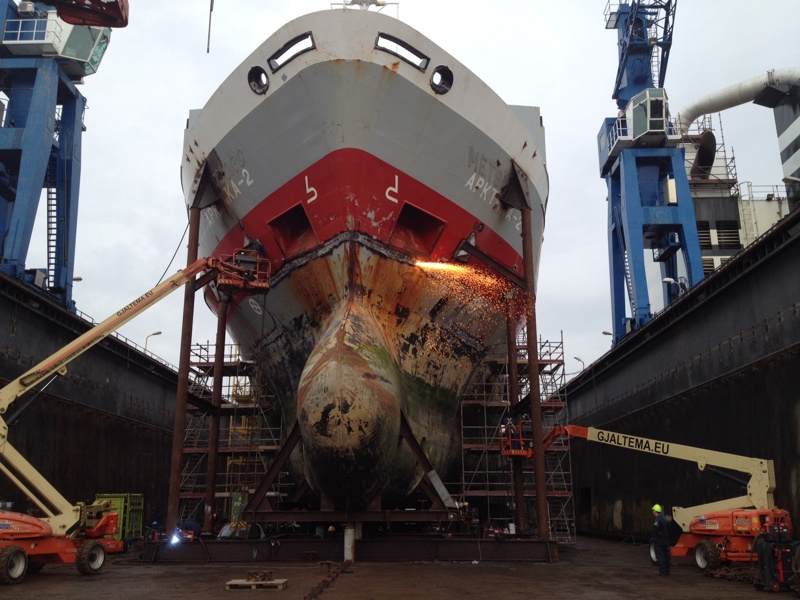 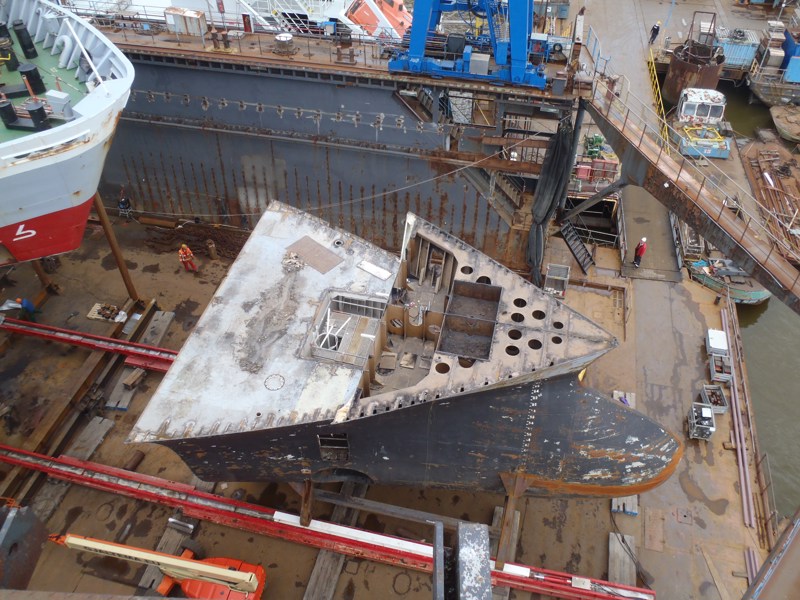 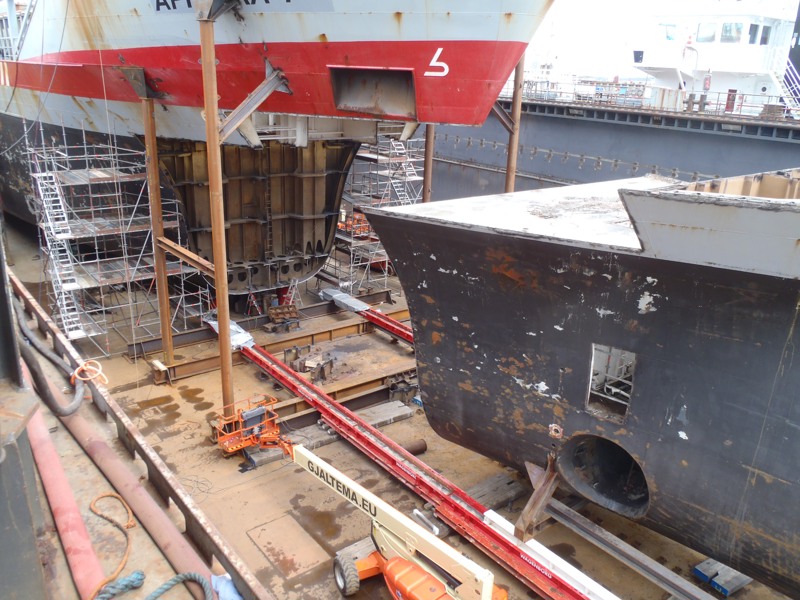 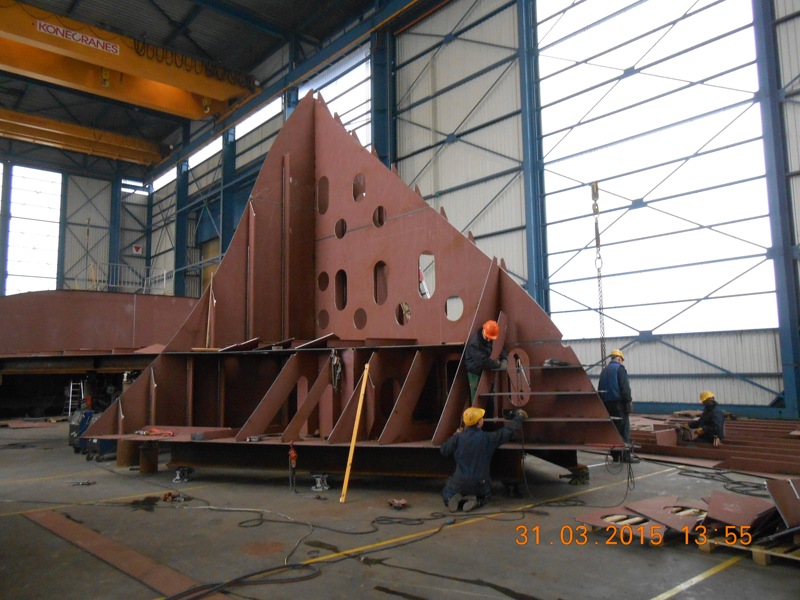 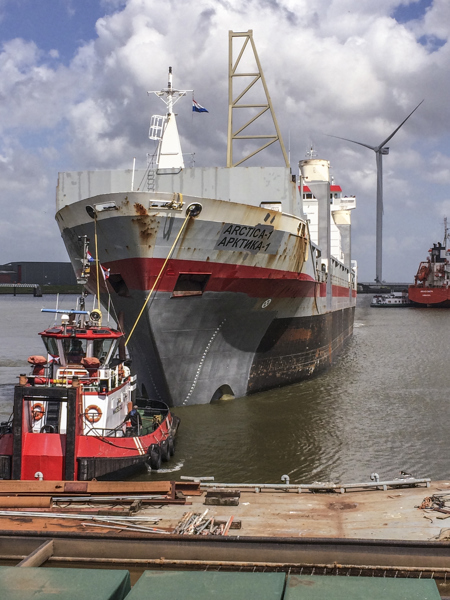 Besides a new bow, also deck cranes had to be installed on the general cargo vessels. After the Arctica I was in the dock, parts of the existing hull on the starboard side were removed to make room for the reinforcement required for the crane foundations. As the cranes were not yet on the market, Liebherr developed them especially during the time that Niestern Sander was installing the bow. The cranes were designed to remain usable in temperatures as low as -40°C. From a mechanical and hydraulic point of view, Niestern Sander had to carry out all kinds of modifications to both vessels, such as tank heating to avoid freezing of ballast water, in order to be able to install these cranes. 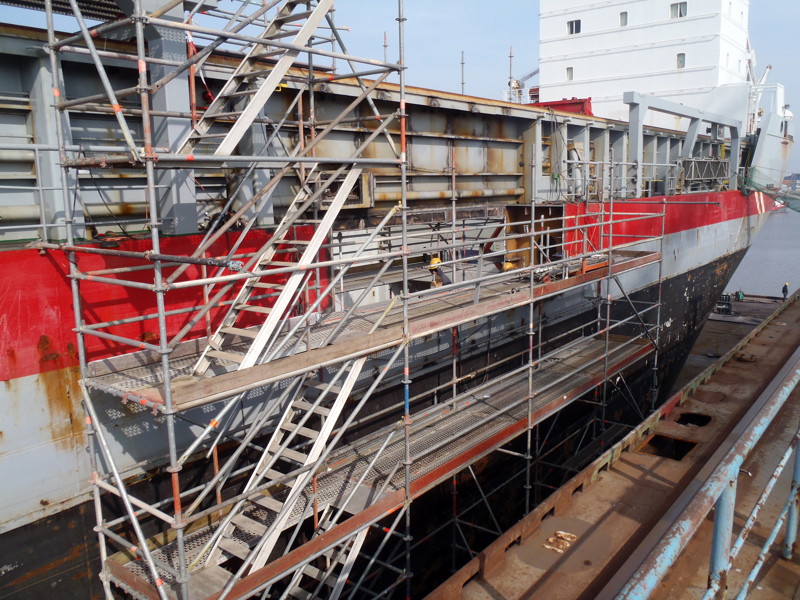 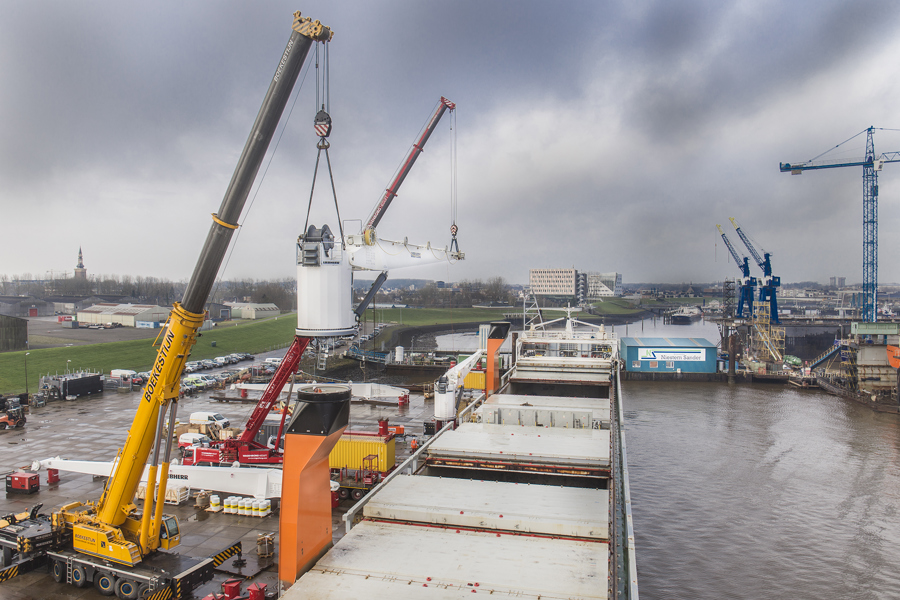 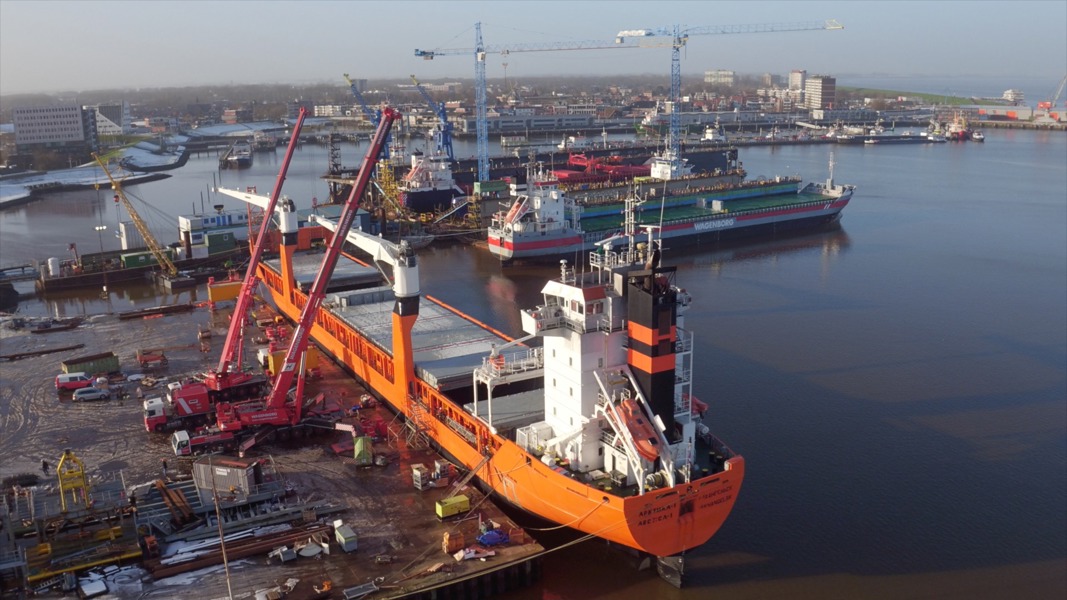 Both ships have now undergone their conversion within planning and are currently deployed in the northern waters succesfully.

We are at your service